Legislation to Improve Mortgage Qualifying for Self-Employed Borrowers in California 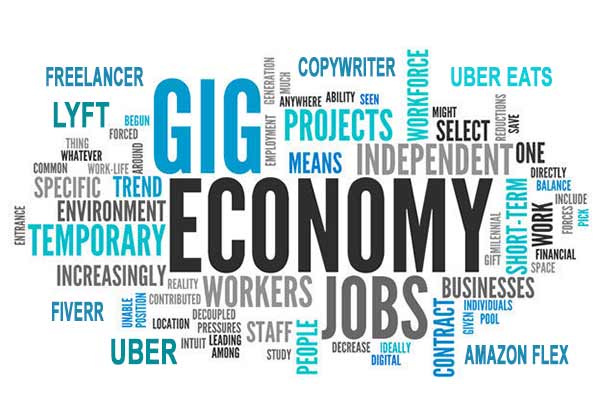 Ever since the Qualified Mortgage (QM) rule began in January 2014, borrowers have had a difficult experience obtaining a mortgage if they didn’t have the normal source of income documentation.

Self-employed borrowers in California and across the country may soon have a less challenging time qualifying for mortgage loans. A bi-partisan Senate bill proposed in August 2018 is intended to help self-employed and “gig economy” workers with improved guidelines to qualify easier for a mortgage.

Basically, it would allow banks and mortgage lenders to use alternate documentation instead of just W-2 forms, when it comes to income verification.  The ability to repay (ATR) the loan is still present.

Silicon Beach is helping fuel the growing Los Angeles GIG economy. The same can be said of Irvine in Orange County, and of course San Francisco leads all cities with the biggest number in that category.

In August 2018, U.S. Senators Mark R. Warner (D-VA) and Mike Rounds (R-SD) new piece of legislation would possibly increase mortgage loan qualifying for the self-employed and various creditworthy consumers with non-traditional forms of income.” The legislation, known as the Self-Employed Mortgage Access Act, would give lenders other methods for income verification.

There’s many individuals out there who have found it challenging to get approved for a mortgage simply because they are self-employed, quasi-employees who work 9-5 but paid as a 1099 contractor, and don’t fit into the traditional model lenders use for income verification.

They can make an extra $20,000-$50,000 a year hustling doing gig jobs. That comes out to $1,666 per month that can be applied to their debt to income ratios. This additional documented income certainly helps in California’s high cost housing market.

The average down payment percentage in California was 21.44%, averaging $97,809. However, in Los Angeles and Orange County, median home prices1 are approximately $670,000 which translates to a $120,000 down payment. Fortunately, we have loan programs that require 5 or 10-percent down if the borrower qualifies.

The Self-Employed Mortgage Access Act would enable self-employed people in California and nationwide to provide alternate forms of documentation to verify their income.

If the bill successfully gets through, the following documents would be acceptable for mortgage underwriting:

This latest development is part of the ongoing evolution of the mortgage industry. In the last several years, one type of alternative documentation mortgage product that has gained popularity is the “bank statement loan”. This program allows the borrower to avoid tax returns altogether and prove their income through their deposits on their bank statements (we have this loan).

The recently introduced bill has gained support from many individuals and different groups, which includes housing and economic research organizations to mortgage industry groups such as the Mortgage Bankers Association, Consumer Federation of America, and the Milken Institute.

Similar to any legislation to become law, this proposed bill would have to pass the Senate, the House, and finally the President would have to approve and sign.

Have questions? Are you a self-employed worker in California?